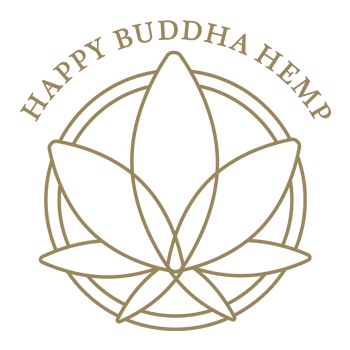 Where Does CBD Oil Come From?

If you’ve researched CBD oil or CBD extractions before, you may believe that you already understand at least some of the fundamentals about its production. However, if there’s one thing that we’ve learned in 20 years of CBD production, it’s that there’s a lot more depth to those fundamentals than it may first appear. So let’s start at the beginning.

The Difference Between Hemp and Marijuana

CBD, or cannabidiol, extracts are made from the hemp plant. The hemp plant is a subspecies of the Cannabis plant which contains less than 0.3% THC (the psychoactive compound that produces the cannabis “high”), but can have 40% or more CBD (the primary compound that interacts with the endocannabinoid system). In the marijuana species, the THC content is generally going to be 20% or more and the CBD content will be much lower, around 10%.

There are over 100 compounds that interact with the endocannabinoid system and the levels of these also vary dramatically between the two species. CBD and THC however, are the most prominent in their impact on our bodies. You can learn more about this, in our blog post on this specific topic, but for now, it’s important to understand what these differences mean. Due to the higher concentration of CBD and other beneficial compounds, the medical impact of hemp extracts will be much greater than that of marijuana while the much lower, trace amounts, of THC mean it’s almost impossible to experience any kind of impairment or “high” from it.

Our Spagyric Extraction method was designed specifically to work with the unique properties of the Hemp plant and maximize the potency of the final product by enabling the entourage effect. You can read more about that here, but essentially it means that the more endocannabinoid compounds you can get from the plant into the final product, the more potent and effective the final product will be.

This is why the best CBD products are advertised as “full-spectrum”, to show that you’re getting as many of these active, beneficial compounds as possible. The exact extent to which various producers are able to achieve this is unfortunately, largely inconsistent across the industry, which is why quality CBD providers will be able to support their claims with third party lab reports. The important point is however, that in order to experience the maximum impact of CBD, the product must include the fullest full-spectrum CBD possible.

Spagyric, Full Spectrum CBD – You get out what you put in

So, now we know that high quality Spagyric CBD contains as much of the hemp plant as possible, let’s focus on those plants.

Hemp has been grown as an industrial and medicinal crop for literally thousands of years. It’s been grown in Europe since at least 1,200 BC and in areas of China for over 6,000 years. A big part of the reason for this is that hemp can grow under a massively varied set of conditions and put up with soil that many other crops simply can’t handle. In other words, hemp is really easy to grow.

Not only can hemp handle contaminants that would kill many other plants, but it actually vacuums up these contaminants and purifies the soil through a process known as phytoremediation. It’s far from the only plant that does this, but it’s so good at it that it’s actually being investigated as a method of cleaning up soil that has been polluted by industrial and agricultural contaminants.

That’s great if you need to clean up a toxic spill, but not so great if you want to make a high quality CBD extract.

Why? Because when the hemp plant sucks up those contaminants out of the soil, they go straight into any extractions you make from that plant. Even our Spagyric CBD process,  which heavily refines the compounds, would be unable to completely remove such contaminants and the end result could be a CBD extraction contaminated with anything from heavy metals to pesticides.

As the old saying goes, garbage in, garbage out.

This is why one of the biggest challenges facing us at Happy Buddha Hemp was finding a source of hemp that we could trust to be pure. We needed hemp that could be utilized in our Spagyric CBD production process without worrying about outside contamination impacting the final product.

The problem was, nobody out there was growing it!

Even so-called “organic hemp” can be grown in soil that still contains heavy traces of previous pesticide use or other contamination. It doesn’t matter if farmers are avoiding contaminating the plants themselves if the problems are coming up through the roots.

So, we started from scratch. We created a 10 point program with which we could guarantee spagyric CBD that was uncontaminated, potent and effective.

First we found the best location with weather, soil and groundwater conditions that were ideally suited to the hemp strains we wanted to grow. The North Fork Valley of Colorado has an incredible combination of soil pH, moisture and weather patterns that creates an ideal microclimate for growing hemp. Then we set out to find soil that would allow for truly organic growth and chose a series of fields and farms that could show a minimum of 50 years of history of non-contamination. From there it’s been a case of working closely with everyone from our farmers, to biochemists to create and refine cultivation and farming techniques that would build on this ideal foundation.

The end result is a hemp crop that is bountiful, packed with beneficial endocannabinoid compounds, and free from any outside contamination. This allows us to use our Spagyric CBD extraction method to create CBD oils, tinctures and topicals that contain the full plant profile to maximize potency without worrying about the dangerous contaminants that other growing methods can generate.

The important thing to take away from all of this is, if you’re going to buy CBD, make sure you know where that CBD is coming from. Not just where the final product was extracted and refined, but where and how the plant itself was grown. It’s the best way to make sure you know you’re getting a CBD product that you can trust.

What Full Spectrum CBD Lab Reports and Tests Are Telling You